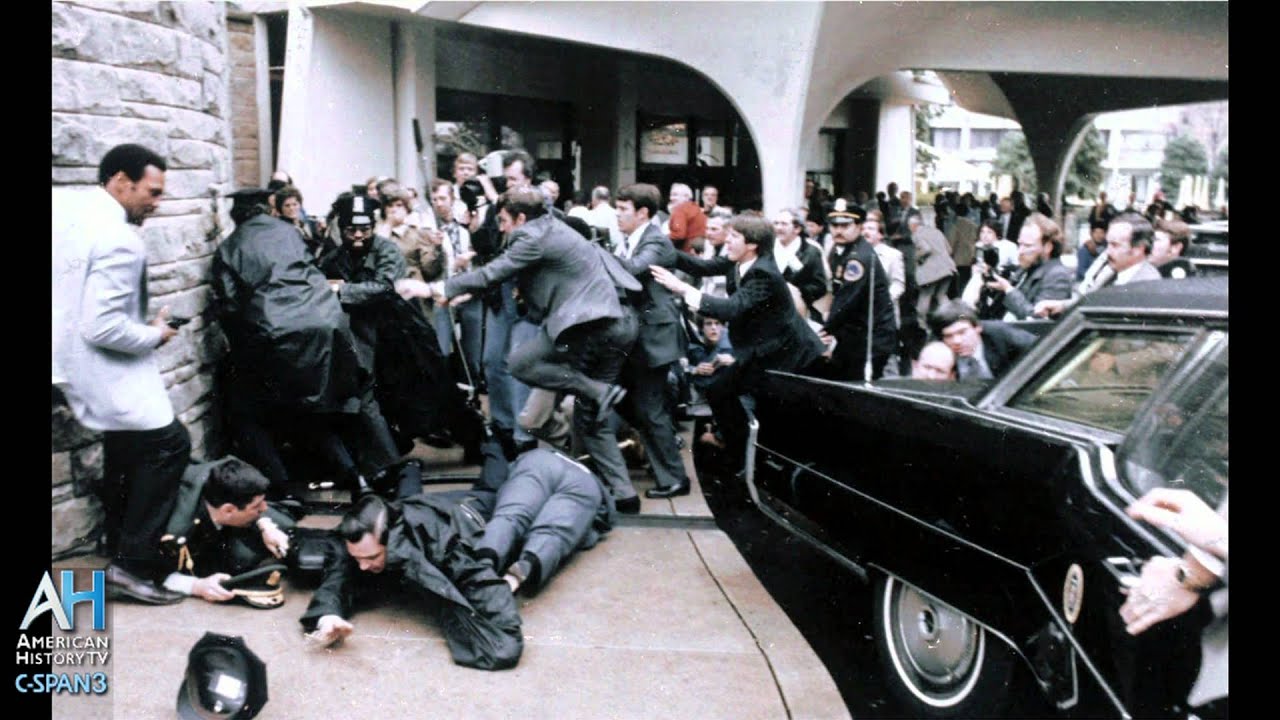 Jerry Parr grabbed and pushed an old man out of the way of a hail of bullets, yet most people will never remember his name. That act was based solely on Jerry’s training and situational awareness. His critical thinking skills after pushing the intended victim out of harm’s way saved that old man’s life. Jerry, a quiet, religious man from Alabama saw and reacted to the initial threat then acted quickly to manhandle the intended victim into a waiting vehicle. Once inside, he noticed that the man was injured perhaps seriously. Jerry decided that instead of taking the old man to the pre-approved location, he and the victim would divert instantly to a nearby hospital for immediate care. Jerry died 5 years ago at the age of 85.

Chicago. No stranger to danger or violence, Tim saw the impending danger to the old man and reacted in a completely different manner than Jerry. Tim stood in front of the intended victim and braced for the impact of the would-be murderers’ bullets. In a widely watched video, you can see Tim assume a modified Superman and wince slightly before being hit by a bullet to the chest.

You see, both Jerry and Tim acted out their roles perfectly, exactly as planned and exactly as rehearsed. Their training kicked in and their subsequent actions (like those of the trained agents and local law enforcement professionals around them) saved the life of the 40th President of the United States, Ronald Reagan. Reagan was 70 when John Hinckley Jr. fired those fateful shots from a Röhm RG14 .22 caliber, short-barreled revolver made in Sontheim / Brenz, Germany.

Catchy name, and it sounds expensive, but Hinckley bought his in Evergreen, Colorado for $47.95 in October of 1981.

John Hinckley Jr. had been on everyone’s radar. He had stalked President Jimmy Carter and was arrested at Nashville Airport the day Carter was in town to speak in October of 1980, just a year before attempting to assassinate Reagan. During that arrest, cops found 3 guns in Hinckley’s possession. One of them was the Röhm RG14 used in the attempted assassination.

We’ll table the discussion about failures in intelligence until I see you in person at a course.

Police declined to charge John Hinckley Jr with a crime as long as he sought psychiatric care once he got back home to Texas. Hinckley complied but insisted on the return of his three guns. Police have not connected the fact that John Hinckley was plotting to assassinate a US President, kindly returned John’s guns.

President Reagan lived less because of ‘heroism’ and more because training actually works.

Boy, that sentence won’t win you the Pulitzer or make you a lot of friends, even though it is accurate. Training changes your brain; how you think, act and operate. It’s important to remember that John Hinckley got within 15 feet of a US President while brandishing a loaded firearm. One would hope that there is no chance for an attacker to get that close to a venerated public official now, especially with all of the great training available.

(Irony intended. Look up the siege on Capitol Hill, January 2021).

Reagan was at Ford’s Theater, then went to the Washington Hilton to

address the AFL-CIO (American Federation of Labor, Congress of Industrial Organizations, a strong labor union). A short walk later and he was at his limo, massive armed entourage intact.

With no formal training, John Hinckley, Jr. fired six times in less than three seconds. His first shot hit the president’s press secretary Jim Brady. The second struck Tim McCarthy, the third through fifth hit Tim McCarthy, and DC copper Tom Delahanty. The sixth and final round careened off of the presidential limo and hit President Reagan under his left arm, striking his lung and barely missing his heart.

The after-shots-fired plan was to get Reagan to the White House as quickly as possible, had Jerry Parr not intuitively ordered the motorcade to divert to George Washington University Hospital, Reagan wouldn’t have lasted the hour.

Tom Delahanty lives outside of Pittsburgh now. He, like many of the armed entourage, never saw Hinckley shoot and merely reacted instinctively and based on their training to the sound of shots being fired in close proximity. The bullets were all ‘Devastators’, a brand designed to explode on impact outfitted with a lead-azide and aluminum ‘charge’ within the tip of the bullet. The only one that did explode was the one that hit Jim Brady in his forehead. This shot didn’t kill Secretary Brady, but paralyzed him for life (do your homework, research the Brady Bill).

Tom Delahanty was hit in the neck and in his bulletproof vest. Thankfully, the bullet that lodged in Tom’s neck didn’t explode and he was out of the hospital in a week and a half. Talk about irony, Delahanty was a canine officer. His dog was sick that day so he volunteered to be on the security detachment for the presidential detail.

Even though he was bleeding out, President Reagan showed his moxie by insisting that he be allowed to walk through the doors of George Washington University Hospital unassisted. He didn’t want reporters and witnesses telling the news (and then the nation) that a weak, wounded, 70-year-old had to be carried into the ER. I’ll draw heat for calling 70 old, its relative I guess, but no human is designed to survive a close contact handgun wound to the chest Being 70 years old only exacerbates the situation.

We talk a lot about intent here at Arcadia. Hinckley demonstrated intent. From his choice of ammunition to his dogged perseverance to stalk and track first Carter then Reagan and with a dozen decisions and admissions he made prior to the act, Hinckley provided both intent and pre-event indications of the coming violence. In Hinckley’s damaged mind he wanted to impress actress Jodie Foster. He wrote Foster numerous times and his last message included “…by sacrificing my freedom and possibly my life, I hope to change your mind about me”.

Ironically, again, during my military career, my Company Commander was Captain Brian F. Haig. That only becomes interesting when you understand that Brian is the son of then-Secretary of State Alexander Haig who famously said, “I’m in control here” in an attempt to instill calm during a press conference live to all of America.

Anyone with even the most basic understanding of how to navigate the US Constitution knows that in the event of the President’s death (resignation, removal from office) the Vice President becomes President and finishes the term. Should the Vice President be unable to serve, the authority goes to the Speaker of the House.

Back to Brian F. Haig (not to be confused with the recently departed Sid Haig, the infamous Captain Spaulding). You may know Brian from his articles in NYT and Vanity Fair or from his work as a Fox News contributor. Many of you may recognize him as the author of a dozen novels following the exploits of fictional SF officer turned JAG officer Sean Drummond.

The ‘So What?’ today is; clean your lint screen! Seriously.

My son Nico is a fireman (among about a dozen other skills). He was

working late one evening and asked Shelly and I to go over and let his dog (aptly named Amber) out for a walk and a bio-break. After disabling the security system, we entered Nico’s house and as Shelly headed for the dog, I noted a bag of dryer lint inside of a staged, marked collection point in the garage. Nico and his wife Bailey are avid outdoorsmen and hunters. They collect dryer lint because it is an excellent fire-starter when they are out in the woods and the conditions don’t favor using just matches. Lint is highly combustible.

Dryers, like any new or newer household appliance, are absolutely safe to operate – as long as you perform proper maintenance. Should lint build up in the lint trap (which should be changed each time you use your drier) or the lint hose or on the outside of your house at the point where lint and hot air are pushed out, that lint can be superheated by dryer-air and cause a significant amount of smoke or an all-out fire. That happens at least 3000 times each year in the United States alone.

I’ll call your ‘So What?’ and raise you one.

If you follow a plan, you’re training and the User’s Manual – you are likely to survive almost any encounter and live a long, happy life. Those prone to take things as they come, not spend time in the gym or paying attention during training, are prone to be culled from the herd from time to time.

Case in point. Even an untrained Hinckley was lucky enough to take a .22 rimfire snub-nosed pistol into a gunfight and hit targets six out of six times at near point-blank range. That’s referred to as “Bad Guy’s Luck”.

To counter bad guys’ luck, you have to train your ass off and literally be ready for anything. That means training to shoot, move and communicate At-Bang, but more importantly to train to see danger manifesting well before it occurs.

The crew of heroes I spoke of earlier saved the President’s life because they were trained to do so. The mistakes in execution they may have made were mitigated largely because of the tactical edge from their training and muscle memory, and with Jerry Parr’s decision to divert to GWUH, their critical thinking skills and EXPERIENCE.

Alexander Haig wasn’t a boob; he was trying to calm an unsettled America after their beloved president had been shot. Alexander didn’t however attend the training on the US Constitution or basic functions of a public information officer. If something can be prevented (like a dryer fire or the shooting of a president) you would sincerely hope that someone would take those steps to prevent danger, injury, loss or death.

The US Constitution is a perfect example of a training tool. Even though we encounter new challenges never conceived by the original framers of the Constitution, within the pages one can find guidelines and answers to those challenges.

Read. Study. Research, and of course TRAIN to prevent danger. Oh, and check your dryer.