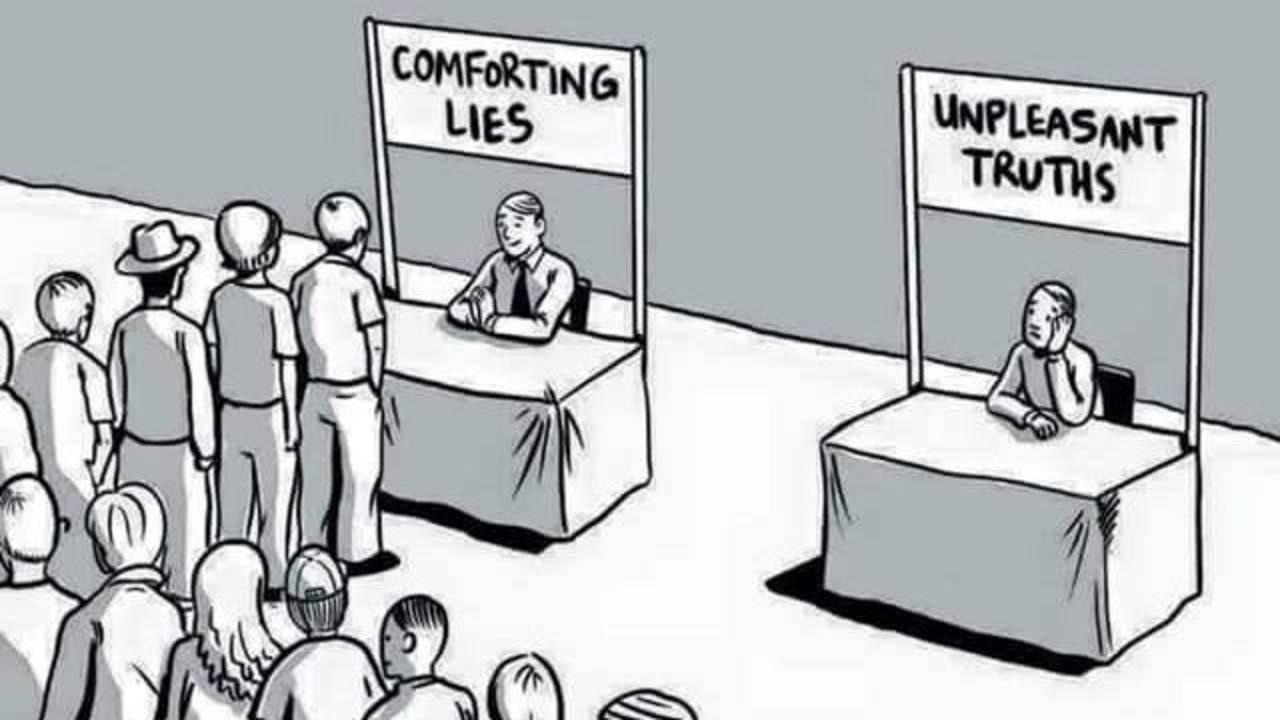 The film was rated Aaaargh.

adversity and fear to find lost pirate treasure. Along the way, they encounter greed, thieves, and a Labou (I won’t ruin it for you). In the end, after an amazing adventure, the kid’s triumph and their small Louisiana town comes out better for it. The film isn’t an Oscar contender, but there’s a creepy corrupt Mayor, portrayed by actor Ray Nagin, and my dear departed Ellis Marsalis Jr. portrays the endearing leader of a local jazz band.

Ellis Marsalis knew how to play a jazzman because Ellis (who sadly died April 1st, 2020 at age 85) was a New Orleans born and bred jazz musician, pianist, and educator with an amazing career. In addition to his stellar musical attributes, his life was scattered with well-deserved awards. Ellis received an honorary doctorate from Tulane for his work in music education and his contributions to jazz music. Two of Ellis’s kids followed him into the family business (music, not film). You likely know them, Wynton Marsalis and Branford Marsalis. Ellis left a legacy of beautiful music before succumbing to pneumonia brought on by COVID19 in April.

Ray Nagin felt the influence of COVID19 this year, too and he also had the subject matter expertise to portray his role as the small-town Mayor in the film. Nagin was the former Mayor of New Orleans, serving from 2002 until 2010. No doubt he would have served longer, but Louisiana has term limits. Ray’s brush with COVID came when he was released from Federal prison early, the facility fearing that Ray, a hero of the aftermath of Hurricane Katrina, could die in prison if not granted an early release. (Ray had been scheduled for release no earlier than 2023.)

Ray’s experiences cut both ways. He played a corrupt Mayor in Labou and then got arrested for 21 felony counts of corruption, including fraud, money laundering, and bribery, earning him the reputation of the first Mayor in Louisiana history to be criminally charged for corruption in office. That’s an unbelievable accomplishment in a city with a long history of political corruption. In February of 2014, Ray was convicted of 20 of the 21 counts and sent to Federal prison. Nagin went from a world-recognized figure and social media hero with half a million dollars in assets to a penniless convicted felon, relying on food stamps just prior to his incarceration.

Lawrence Taylor, better known to football fans as LT, played for the New

York Giants. LT is probably remembered as one of the greatest defensive players in NFL history. Early in LT’s career, he was using cocaine regularly. Suspended a number of times by the NFL for failing drug tests, LT seemed to be able to hold it together on the field. But his façade of self-control was fading fast. On the heels of two back to back suspensions for cocaine use, LT knew that if he didn’t hold it together, a third ‘hot’ test for drugs would end his NFL career forever. LT took that to heart and spent the remainder of his NFL career clean. No drugs. No alcohol.

LT was great at football, not so good at driving. Between the hit and runs and suspected drunk or drugged driving, LT proved to be a safety risk both on the field and on the road. After retiring from the Giants after a stellar career, LT seemed to embrace his drug abuse. This led to a number of arrests for drug possession. During this time LT dabbled in sports commentating and appeared in bit parts on cable and television shows and at least three major Hollywood films. By 2010 LT’s demons were once again assailing him. LT backslid and got himself arrested on felony charges. That case earned a spot on the sex offender roles. LT said he spent thousands of dollars a day on his drug habit, some of that on sexual encounters although he was married. He bragged to have hired a half dozen hookers in a day. 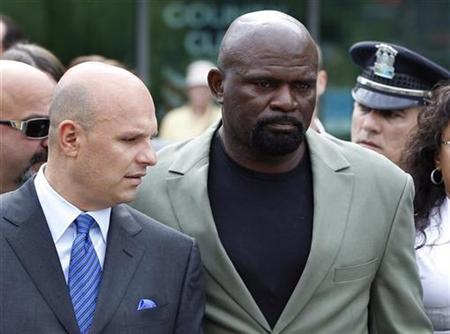 LT also made no secret of his love affair with cocaine. He tried rehab at least twice. He was arrested a number of times for trying to buy coke from undercover officers. He retreated to his home which LT himself described looked, “…almost like a crack house”. 50 million dollars and twenty-five years later, the Hall of Famer now lives a quiet existence in Florida with his third wife. His kids are all grown up and successful, and LT finds time to golf and works for his network marketing company.

How could a man so revered for his skill on the gridiron have such a hard time with life off the field? How could a storied big-city Mayor go from hero to terror?

The psychology behind good and bad decisions.

All three men we are discussing today are or were goal-oriented professionals who were at the top of their respective careers.

Ray suffered from the Compensation Effect. Ray thought that the amazing work he had done during Katrina gave him an account filled with moral capital. Ray thought his good deeds outweighed whatever bad deeds he might accumulate over time. Similarly, LT thought that his incredible performances on the field ‘authorized’ his coke-fueled bad boy image off-field.

Both LT and Ray were victims of the Pygmalion Effect. That means that, psychologically, people strive to live up to the titles we give them. In the

case of Ellis Marsalis, his successes created more than 20 albums of his own music, which in turn allowed him the opportunity to play on many other successful musicians’ albums and sit in virtually wherever and whenever he wanted to. Where this ‘tunnel vision’ allowed Ellis to continue at the top of his game, it tempted Ray and LT to look “down and in”. They instead chose to focus on continuing their illusions of ‘holding it together’. LT struggled with alcohol, drugs, and womanizing and Ray couldn’t seem to keep his hands out of the till.

Politics, like professional sports, seems to be a ‘winner-take-all’ competition (evidenced again in 2020 by the contentious election complete with nefarious, all out attacks during the Presidential Election. A true no holds barred competition that strains all the boundaries of ethical and moral decency. When confronted with being thrust into the limelight and the lure to stay there, Ray Nagin was forced into the amazing power of the spotlight. Money and power led him to crave more money and maintain both his power and his limelight. Ray Nagin found himself surrounded by an environment where post-Katrina money was being thrown at him and around him by the millions. Cashing in didn’t seem criminal – in fact, Ray felt he was only helping those that had helped get him re-elected and helped him restore order and provide recovery to those most directly affected by the hurricane.

In LT’s case, it was obvious that his football persona was a strong, fast, fearless competitor who liked the limelight that came with being a professional football player who was breaking and setting records each game. I’m certain that his off-field antics started small. Coaches and family members knew that LT was drinking and driving, they knew he was using cocaine and chasing women – but after all, it was Lawrence Taylor, undisputedly the best linebacker in pro-football history.

Talk about being put on a pedestal!

None of LT’s or Ray’s friends or professional acquaintances were likely to step up and stand in the way of their respective “cash-cows”, perhaps jeopardize their own popularity or prosperity. As long as their ‘star’ was performing, as long as the money and notoriety were flooding in, these fair-weather friends were willing to look the other way.

Two of these three men faced Cognitive Dissonance in their daily lives. This dissonance forced them to deal with their personal external schemas in different and extraordinary ways.

Ellis Marsalis Jr. had a simple upbringing. He had his family and his faith and his music. He spent his entire life studying and teaching music. He had mentors and coaches and discipline – but he never experienced cognitive dissonance.

I define dissonance as the ‘mirage’, turmoil or turbidity that comes when someone feels they are “good” but also acknowledge that they are being forced by influences outside of their control into doing “bad” things. Cognitive dissonance creates a mirage that when unchecked can warp prudent decisions. Cognitive dissonance is an immensely strong psychological chaos created when humans discover that their inconsistent ethical or moral behaviors are ruling or ruining their lives. While overwhelming, recognizing dissonance through training, intervention or education can drive a decision point for change in most people’s lives.

There are three basic choices.

The first is the simplest. Ignore the dissonance and continue to enjoy the limelight, money, women or men, power – all of those things that come with consequences, with strings attached – and instead choose to worry about those consequences at a later date. I’ll call that ‘the ostrich’. Sticking your head deep in the sand because you don’t ever think your marker is going to be called due.

The second seems simple but takes the most time and effort. That’s where (through training or experience) you notice the dissonance and decide to keep it in check by controlling your “consequence consumption”. You make certain that you ‘pay as you go’ through life. Never taking something for anything and always understanding that there is a moral and ethical imperative to your decisions and actions. I call this the ‘checks and balances’ approach.

The third and final is the hardest by far because it’s counterintuitive. I’ll call it the ‘phone a friend’. At the heart of the issues I’m discussing today, and certainly in any discussion of suicide prevention we hear pundits exclaim, “just reach out and call for help”. Those folks just don’t understand the nature of psychological dissonance. The struggle between your ears makes you feel like you are the only one experiencing the problem – no one else will understand.

Like a self-licking ice cream cone, confirmation bias comes into play causing you to unconsciously continue to see, find or search for artifacts and evidence that support your theory that you are alone at the top. That

you are plagued by choices that no one else will understand. That your actions now, today (suicide, attempted suicide, fraud, corruption, infidelity, deceit, drug abuse, etc.) are the only way out of the situation in which you find yourself. Of the three choices, the third is the hardest but the most essential. Enlisting the aid of your friends, family, support system can literally give you a new lease on life. The ‘phone a friend’ means enlisting the aid of a professional, expert, friend, confidante, or mentor. Literally calling for help.

There is nothing wrong with calling for help and it’s highly encouraged in any instance when you are facing dissonance. With a mirage, it will disappear when you confront it or change your perspective. Psychological dissonance works the same way. Once you recognize it you can challenge it and soon overcome its effects. The fightback from the edge won’t be easy. You’ll likely need counseling or rehab. You’ll lose sleep, some friends and perhaps some money. The upside is that it’s unlikely you’ll end up in prison or as an ironic entry in some list or trivia guide. Relegated perhaps to an obscure question to contestants on a game show, “Once faced Katrina head on only to become the most corrupt Mayor in New Orleans history”, or; “Best linebacker in NFL history with the most expensive cocaine and prostitute habit”. Ellis is gone but his amazing legacy remains. LT has turned his life around and now Ray will have a chance to recover his.

The amazing thing about your life is that YOU get to decide how to live it. How you are remembered.