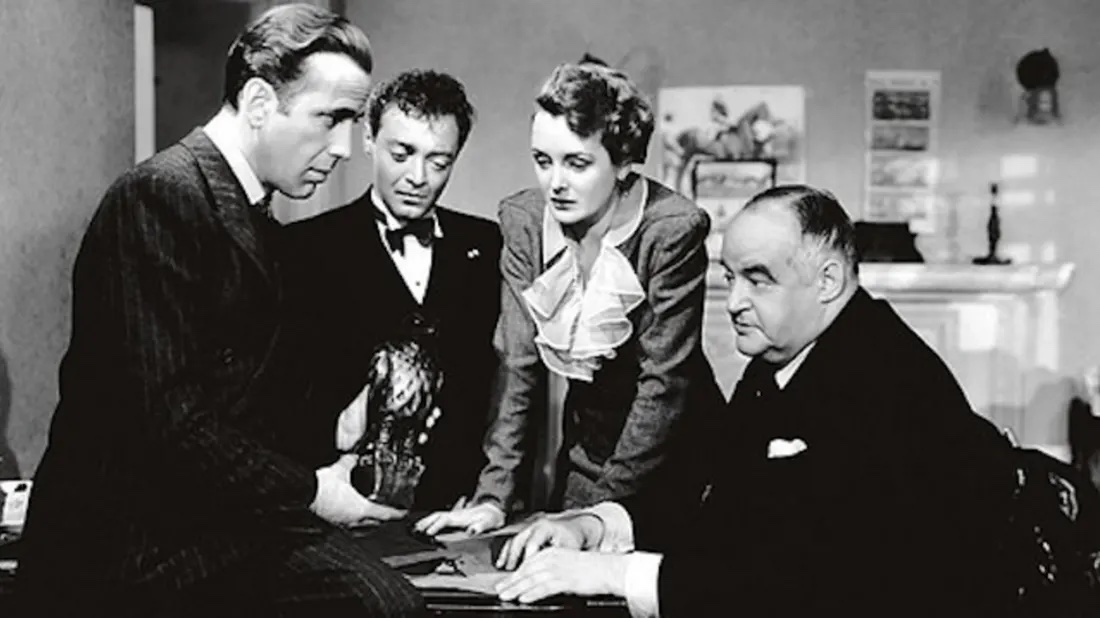 Each year, my adopted home town of Gunnison, Colorado hosts the Cattlemen’s Days Rodeo. It’s the oldest rodeo in Colorado and the longest continuous running rodeo in the United States. Replete with Cowgirls, Cowboys, and everything in between, bull riders, barrel racers converged on Gunny again this year when even the icy grip of SARS-CoV-2 couldn’t stop the 120th installment of this storied Rodeo.

the Cattlemen’s Inn Hotel in Gunnison. Shelly and I would eat breakfast at the Inn’s restaurant once each year at the end of our Dude and Guest Ranch season as a celebration. It was a long drive into town from Powderhorn (over an hour one way), but the food and fellowship made the trip well worth it. I was never much of a cowboy, but I rode, roped, herded, fixed fence, inoculated, dehorned, castrated, and branded with the best of them for a dozen years. To me, ‘cowboy’ has always been a verb, and sometimes a noun. As a noun, it was a way of life.

Our pilgrimage was short-lived when the old hotel complex, built-in 1940, burned to the ground in the middle of winter (February 5th) in 2009. That

barbershop was the first place I heard the term “gunsel” outside of the Hollywood film industry. During a haircut, the barber was giving me some grief (I was a transplant, not a pioneer, I was a Dude Ranch owner, not a real cowboy etc.) and the term ‘Gunsel’ slipped out. Little did the rube with the shears know that (1) I was well versed with the definition of the word, and (2) that he was using it all wrong.

Did this real cowboy not knowing the true definition of Gunsel make his using it less painful?

The old story about actor Sydney Greenstreet is that he started acting at the age of 61. He made 24 movies in a year and a half and then retired in 1940. Only part of that tale is true.

Greenstreet was a British thespian. The large man trod the boards on English and American stages for 40 years BEFORE he appeared in his first film. Kind of a different story than the first one. In this instance, it pays to know the truth of the matter. Greenstreet was in The Maltese Falcon, an incredible film released on 18 October 1941. Greenstreet’s performance as ‘the Fat Man’ (character Kasper Gutman) was memorable even when wedged between such accomplished actors as Mary Astor, Peter Lorre, and Humphrey Bogart. Greenstreet’s Gutman was willing to kill for the jewel-encrusted Maltese Falcon statuette. A 40-pound prop that was the centerpiece of one of Dashiell Hammett’s most prolific mystery novels turned into an award-winning film in his time, while Hammett was still alive.

In addition to being a novelist, Dashiell Hammett was a screenwriter in high regard. Shelly and I never pass up the exploits on Nick and Nora Charles on the black and white reruns of The Thin Man on the Turner Classic Movie channel. Hammett penned The Thin Man, The Maltese Falcon and created a world where the exploits of Detective Sam Spade kept kids like me riveted to his novels and comic strips.

In The Maltese Falcon, Sam Spade’s partner is killed, Mary Astor’s Ruth Wonderly drops a job in Spade’s lap and Peter Lorre and Sydney Greenstreet take turns trying to kill Sam Spade (Bogart) just to be the last ones in possession of the coveted Maltese Falcon.

In Hammett’s prose, Sam Spade (played by Bogey in the film) encounters the Fat Man’s (Greenstreet in the film) armed personal security in the lobby

of a hotel. To be wise and cast a humiliating insult, Sam Spade refers to gunman Wilmer Cook (played perfectly in the film by character actor Elisha Cook Junior, best remembered perhaps from his role opposite Vincent Price in 1959’s House on Haunted Hill) as a “catamite.” The producers of the film objected to the word, the definition of which meant that Wilmer was Gutman’s “boy toy”, his hired homosexual lover, not just his hired gun.

While homosexual relationships have been around since the dawn of man, calling someone a homosexual has sometimes been associated as being an insult. Homosexuality has gone in and out of favor over the past few thousand years. Sometimes being involved in a same-sex relationship was seen as a badge of honor (The Sacred Band of Thebes, Carthage, 371 BC) other times it was a death sentence (the University of Wyoming Freshman Matthew Wayne Shepard, tortured and tied to a prairie fence near Laramie, Wyoming in 1998 and left to die).

In our current era of ‘systemic’ hate and implicit cognition, I would caution those throwing stones that there are PLENTY of obvious acts of hate evident in our everyday lives without having to create a new taxonomy of attributes that are reportedly hugely influential, but are terms that we have “no conscious awareness whatsoever.”

Why is it important to have a module on taxonomy and an easy to understand (and research) lexicon as part of any training course? Because if you don’t – people will make up words and the definition of those words on their own. When they do, the longer they use them, the more their associates will repeat them and, in time, legitimize the mistaken definition.

Case in point, the Oxford English Dictionary says that a Gunsel is “a criminal carrying a gun.” In western circles (and at the old Cattlemen’s Inn) a Gunsel was a “fake cowboy,” someone who wore all the trappings of a traditional cowboy, but all for show.

These bits of misinformation might be innocent, but the damage is done. Further, it’s being incidentally repeated every day it’s not corrected. In actuality, Gunsel was taken from ‘Gundzel’ or ‘Gendzle’ in Yiddish street slang, and it meant the same as ‘catamite’, a term for a young male kept by an older male for the purposes of homosexual practices.

While catamite was seen to be ‘too much’ for 1940’s Hollywood audiences, the producers agreed that the Yiddish street term Gunsel would be understood by those who were familiar with the term. They also assumed that most Americans would be able to figure out the relevance of the insult using context. No one left the theater in 1941 thinking that Bogart meant Elisha Cook’s gun.

In 1942 writer Sol Torey penned a piece for the May-June issue of The Western Horseman magazine where he talked about the use of Gunsel as a cowboy flunky. One who dressed and acted like a cowboy but in reality, wasn’t. Sol states that Gunsel had “a fleeting meaning, understandable to those who do not know exactly what it means.”

Sol added; “You can leave it to the horsemen of the West to coin appropriate words for anything and everything”. He adds, “Gunsel suggests something funny or amusing, not pathetic at all but to be slightly pitied. The very sound of the word indicates such a picture. Just why this should be so cannot be explained – it just is”.

Western history credits professional cowboy John Bowman first using the insult in 1938 while talking about a dandy cowboy with frilly pants that certainly weren’t made to ride. American researchers were wrong, the term has been used for hundreds of years prior.

It’s not a crime to be homosexual. It is however a crime to use homophobic slurs. These ad hominem attacks are intended to attack a person’s reputation or assault their personality without ever countering an argument. These insults cut both ways, first, they are motivated by anger and fomented by the user’s insecurity. Second, they equate a situation (here being involved in a same-sex relationship) with something bad, sinister, or evil.

In The Maltese Falcon, Bogart uses the insult Gunsel three times. Each time in reference to Greenstreet’s gunman Wilmer played by Elisha Cook. Bogart as Spade is doing it to goad Wilmer. To make him step up so that Sam Spade can slap him down (Sam Spade knew a lot about slapping, after slapping Mary Astor later in the film, Bogey famously remarks, “When you’re slapped, you’ll take it and like it”).

Dashiell Hammett wrote the Little Goose insult (Gunsel in its most pure form means the little goose) as a slam, a slight, to cause pain by being

associated with homosexuality. By adopting it into the film adaptation of his novel, Hammett intended the audience to know that it was being used as an insult. Dashiell intended the characters portrayed by Greenstreet, Lorre, and Elisha Cook Jr. to be shady and sinister, and the best way to do that in 1941 America was to intimate that these three were involved in a homosexual relationship.

Even the term Fat Man for Greenstreet was uninspired. Greenstreet, who had a pronounced stomach, portrayed a character named GUTMAN, who was referred to countless times as the Fat Man. The movie was so popular that Fat Man was the adopted codename of the first atomic bomb dropped on 09 August 1945 on the Japanese city of Nagasaki. No surprise, the other bomb was called Little Boy (and a third bomb, ready if needed was referred to as Thin Man). All named after characters created by Hammett in his novels and his screenplays.

So, while I sit at Rogue Manor West pondering my most recent haircut,

wondering whether opting for the Number 1 clippers was the right choice when the ambient temperature here is 9 degrees Fahrenheit, I also consider never going back to the original barber of whom I spoke, the one that threw Gunsel out, never thinking that there could have been more to the insult. I guess time heals all wounds. The Maltese Falcon has never lost its popularity. In 2013 one of the prop falcons sold at an auction for 4 million dollars making history for the highest price ever paid for a movie prop.

Back to that ‘real’ cowboy that made me feel bad; I made a $500 donation in good faith so that the 2020 rodeo would go on. I made that donation when

money was tight. The kind of thing that a cowboy does for his community. That same guy that used Gunsel wrong so many years ago recently made a mistake and failed to credit Arcadia Cognerati with that donation. Nothing major, just when the print news of incoming donations ran in the local paper, that cowboy failed to spell check the donors and left out others. I made the donation in the name of Arcadia Cognerati because it was the right thing to do, not for print credit in a town of 6000. That ‘real cowboy’ proved to be sloppy. His actions were hurtful and they set a pattern. By no means was this man living up to the true definition of a cowboy.

If you are a teacher or an instructor you can’t afford to be sloppy. Take time today to go through your material, your PowerPoints, your stage presentation, and take time to scrub them for use of slang or words that might be derogatory. You need to take a hard look at your lexicon and research your script and your delivery in order to keep your taxonomy scientific and factual.

Words hurt and the pain takes a long time to heal.

As for rodeoing; if you routinely refer to yourself as a cowboy, take a minute and research what that term historically means. As a verb, it’s easy enough to live up to. As a noun, maybe not so much.